This report makes recommendations for a policy framework that can identify and monitor of early warning indicators that signal increased vulnerability in the financial system, and that can rapidly employ policy tools to address these vulnerabilities.

Read Publication This Research Note updates and extends our previous analysis of the public sector pay gap using three new quarters of Labour Force Survey data. It shows that for the median worker, an hourly pay gap of 8.89% exists when adjusted for age, gender, full... Looking to the Future of Growth

Looking to the Future of Growth brings together a collection of essays from experts in Policy Exchange as well as from business and industry. Each lays out the author’s views on the blockages to growth and makes suggestions for where Government policy must focus. Cities for Growth: Solutions to our planning problems

Cities for Growth sets out how reforming planning laws and the development of new ‘Garden Cities’ can both solve our housing crisis and boost economic growth. 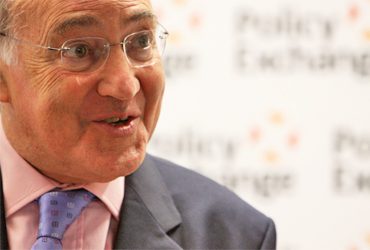 The Human Rights Act: Bastion of Freedom or Bane of Good Government?

This publication is a transcript of Lord Howard’s speech at the Christopher Kingsland Memorial Lecture. Lord Howard argued in favour of reform of human rights legislation and bringing rights back from Strasbourg.

From the Ground Up: Promising criminal justice projects in the US and the UK

From the Ground Up: Promising criminal justice projects in the US and the UK examines successful demonstration projects in the UK and the US that are attempting to reduce crime, drug use and incarceration, among other challenging goals.