Public and private sector terms, conditions and the issue of fairness

This note examines the evolution of pay and conditions during 2010 and what the prospects are for these moving forward. It shows that public sector pay is higher and continued to grow faster than private sector pay during 2010 and that significant reforms will need to be made to limit job losses in the public sector and to achieve equity and fairness in the labour market. 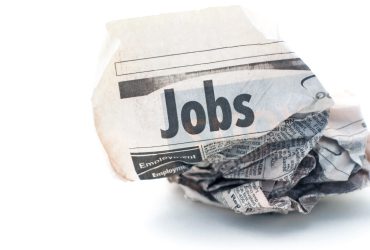 No Rights Without Responsibility: Rebalancing the welfare state

No Rights Without Responsibility argues that conditions on benefit claimants should be increased so that they have to spend more time each week looking for a job.

A Potential Political Revolution: Academic analysis of the Alternative Vote

This new research note surveys existing work on the subject to show that the Alternative Vote system would create far more problems than it has a hope of solving. 2020 Hindsight: Does the renewable energy target help the UK decarbonise?

2020 Hindsight examines 16 different plans for achieving the UK target of an 80% cut in carbon emissions by 2050. None of the models showed that the UK’s commitment to producing 35% of its electricity from renewable sources by 2020 was needed to reach its carbon target.

Tackling the Causes of Poverty: Replacing the child poverty target with a multi-dimensional set of causal indicators

Tackling the Causes of Poverty is Policy Exchange’s response to the government’s child poverty consultation. It recommends replacing the current, income-based, measures of poverty with new, wider, measures that reflect the multi-dimensional and complex causes of poverty for both adults and children.

Just Deserts? examines public attitudes towards fairness, poverty and welfare reform. What do we think “fairness” is? Extensive new research finds British voters believe that fairness is about getting what you deserve, not about equality. Best Behaviour proposes policies on discipline and exclusion which will protect those pupils whose education is harmed by the misbehaviour of others, whilst ensuring that the needs of all children are effectively addressed. Room at the Top: Inclusive education for high performance

Read Publication Everyone wants a high performing education system but how to secure it is a hotly debated. In the UK we structure for educational mediocrity and we achieve it. We assume that that only a minority of advantaged children can reach high levels of...
Page 32 of 50« First«...1020...3031323334...4050...»Last »