Silicon Cities: Supporting the development of tech clusters outside London and the South East of England

The government should put ‘rocket boosters’ under the idea of directly elected Mayors to ensure that all parts of the country are in a position to benefit from UK’s world class technology sector.

Our report says that Britain is already benefitting from the growth of technology firms with 1.2million people employed in the sector. The technology sector also received more equity investment than any other sector over the past three years. However, the fruits of this success are predominantly being felt in and around London and the South East.

A recent study showed that the concentration of tech employment in the South East is greater than the national average in as many as 47 out of 66 local authorities, with Wokingham having more than five times the national proportion of technology workers. In London alone, 21 out of 33 local authorities have a higher proportion of workers employed in technology related roles than the national average. Between 2009 and 2012, 27% of all new jobs in London can be attributed to the technology sector and there are now an estimated 34,000 tech businesses in the Capital.

The report argues that ‘clusters’ – geographic concentrations of interconnected companies and institutions in a particular field – are the most effective way of boosting the technology sector across the country. It highlights a number of challenges facing northern towns and cities:

The report makes a series of recommendations to boost the growth of technology clusters in the North, including: 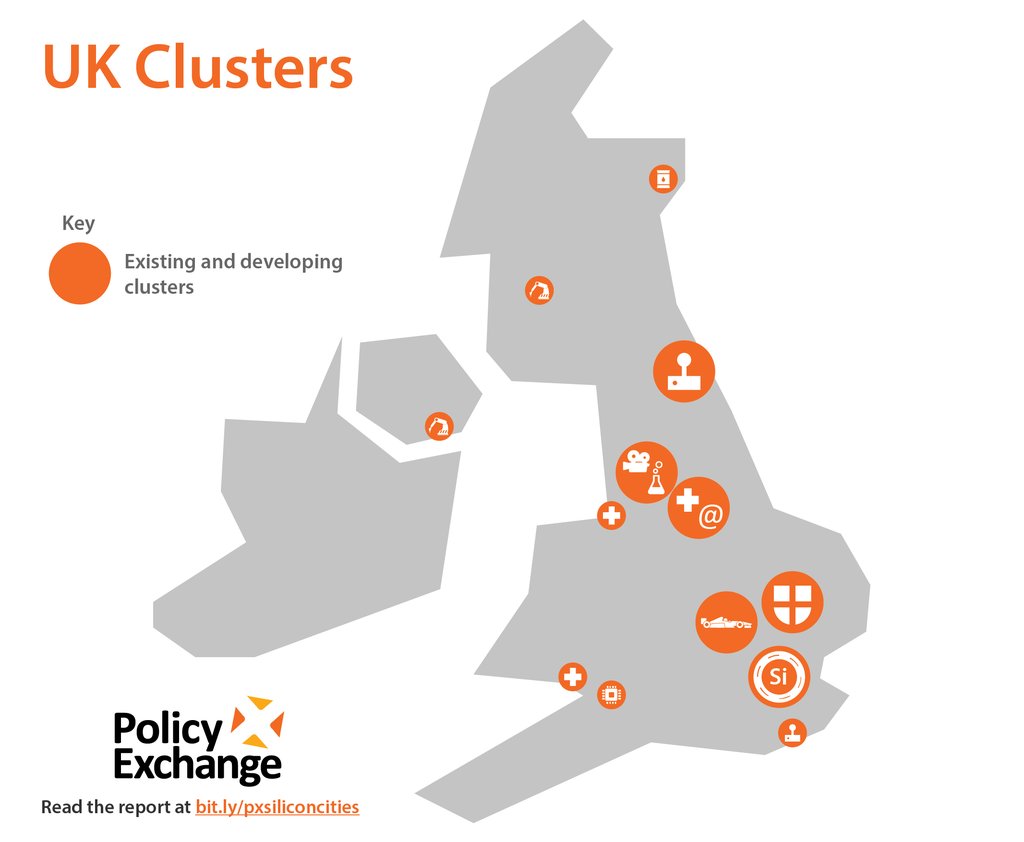 Are elected mayors enough to deliver the Northern Powerhouse?

Following his appearance at the Northern Futures summit, Eddie Copeland, Policy Exchange’s Head of Technology Policy, asks whether elected mayors will be enough to revitalise the North’s cities by themselves. Eddie highlights three areas that will need to be addressed alongside mayors to bring about a Northern powerhouse: transport, cooperation and tax.

There is something of a renaissance underway around the British coast. And London needs to watch out.

In a comment piece for City AM, Jimmy McLoughlin, Head of Policy at the Institute of Directors, cites problems highlighted in Policy Exchange’s Silicon Cities report of the graduate brain drain that London is causing for the rest of the UK.

There is something of a renaissance underway around the British coast. And London needs to watch out.

In a comment piece for City AM, Jimmy McLoughlin, Head of Policy at the Institute of Directors, cites problems highlighted in Policy Exchange’s Silicon Citiesreport of the graduate brain drain that London is causing for the rest of the UK.