What does the Levelling Up White Paper mean for Innovation policy?

The Levelling Up White Paper includes a series of new research, development and innovation investments to strengthen the UK’s science base and to boost economic growth across the whole of the UK. As Professor Richard Jones (who is speaking at Policy Exchange on levelling up R&D next week) has argued, the UK’s research and development base is too small for the size of our economy, is particularly weak in translational research and is too geographically concentrated in already prosperous parts of the country. The publication of the UK R&D roadmap in July 2020 marked  an important first step in addressing these problems; the White Paper is another. Digital contact tracing looks set to dominate the political agenda for the coming weeks, if not months. Without a vaccine, and in the absence of widespread population immunity, the only methods to stop the transmission of SARS-CoV-2 are those of standard epidemic control such as case isolation, physical distancing, contact tracing and increasing hygiene measures. Time to teach the tech nation

Policy Exchange’s Economics, Science and Tech Research Fellow, Jos Henson, argues that to ensure the UK makes the most of its thriving tech sector, we must invest in digital education and skills.

What to expect from public sector digital transformation in 2016

Eddie Copeland, Policy Exchange’s Head of Technology Policy, reflects back on the key developments on the public sector digital transformation and sets out his predictions for 2016.

Eddie Copeland, Policy Exchange’s Head of Technology Policy, shows how digital tools offer a powerful channel for policymakers to use and enhance nudge techniques and how, in turn, nudge prompts offer the potential to increase the effectiveness of digital government projects.

Digital nudge and the peak demand problem of public services

Eddie Copeland, Policy Exchange’s Head of Technology Policy, explains how the use of digital nudge to spread out citizens’ consumption of public services over time could save significant levels of government money.

Eddie Copeland, Policy Exchange’s Head of Technology Policy, questions whether the declining costs of technology will soon make it more economical to employ systems that can translate data between different databases than it would be for government to adopt open standards.

The Future of Intelligence: The potential and the risks of artificial intelligence

Michael Osborne and Stuart Russell, both speakers at our recent event The Future of Intelligence, provide a breakdown of their thoughts on the potential and risks that the greater use of artificial intelligence will bring. 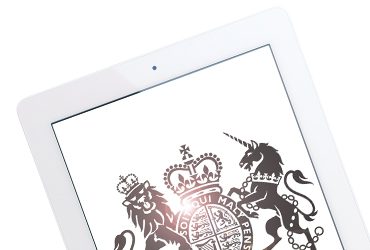 Smaller, Better, Faster, Stronger shows how government could save as much as £70 billion by 2020 if it adopted plans to eliminate paper and digitise its activities, work smarter with fewer staff in Whitehall, shop around for the best procurement deals, and accelerate the use of data and analytics. What if public services could be more like Amazon’s?

In his latest blog, Eddie Copeland, Policy Exchange’s Head of Technology Policy, describes the advances government could make if it personalised public services in the way that Amazon, Tesco ClubCard and Google currently do. Eddie argues that if public services addressed the needs of the individual by joining up data across departments, there would be a significant benefit to citizens.

What does the election result mean for tech policy?

Eddie Copeland, Head of the Technology Unit at Policy Exchange, considers what effect the election result will have on technology policy in the next five years. Due to an unexpected Conservative majority, Eddie argues the focus is certain to be on the future of the Government Digital Service and the impact an EU referendum could have on Britain’s role as the most digital nation in Europe.

Eddie Copeland, Policy Exchange’s Head of Technology Policy, argues that politicians are mistaken in their belief that the concept of a ‘smart’ city is simply one that is as technologically advanced as possible. Cities are not collections of buildings and infrastructure but communities of people: they will be ‘smart’ only to the extent that the people within them have the information they need to improve their lives and the intelligence and insight to act upon it.