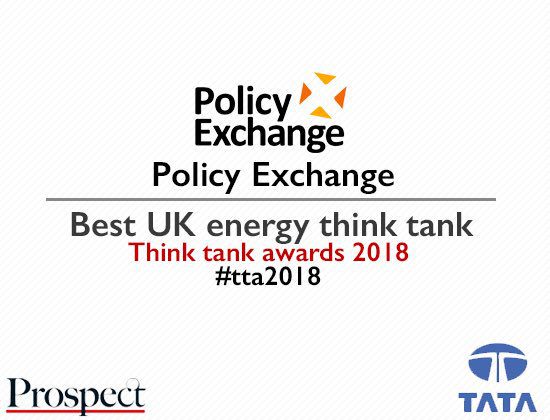 At the prestigious annual Prospect Think Tank of the Year Awards, Policy Exchange has won best UK think tank in the Energy and Environment category.

Modern farming policy will reward enhancing the environment, rather than subsidising inactivity

Policy Exchange’s Warwick Lightfoot argues in City AM that farming subsidies should be redirected to farmers who enhance the environment and invest in research and development.

Environment Secretary Michael Gove has announced that a post-Brexit agricultural policy will reward farmers for public goods rather than acreage – as recommended in Policy Exchange’s Farming Tomorrow. The paper says that flood prevention, tree planting and biodiversity should all be subsidised rather than food production.