One small step for prison reform

Prisons must be safe before rehabilitation can take place – Policy Exchange’s Director of Research and Strategy looks at the Justice Secretary’s latest place for prison reform.

Carter But Smarter warns that the official reoffending rate is unsafe. It recommends a radical shake-up of the criminal justice system in order to truly reduce reoffending, including the abolition of the regional structure of the National Offender Management Service (NOMS) and the introduction of new public-private partnerships to reduce crime and recidivism. A State of Disorder contends that while some limited progress has been made in tackling anti social behaviour, there are a host of weaknesses with the government’s approach. 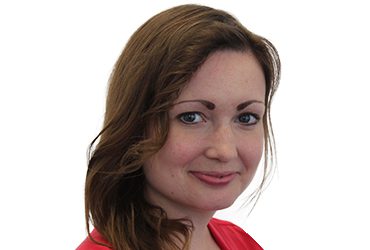 How should the police best use limited resources?

To make best use of police forces’ limited resources, argues Ruth Davis, Crime & Justice Research Fellow at Policy Exchange, the police should partner with the private sector to make considerable savings, make better use of technology and by partnership schemes with other social agencies.

Give PCCs power to hire and fire prison governors

Max Chambers, Policy Exchange’s Head of Crime & Justice, sets out the recommendations of our recent report Power Down, which advocates giving PCCs further criminal justice and crime prevention responsibilities. The report envisages ten or so existing ‘Super’ PCCs trialling these new powers on an accelerated timescale.

Labour is unlikely to scrap PCCs, so here’s how it can reform them

Policy Exchange’s Head of Crime & Justice Max Chambers examines Labour’s likely forthcoming policy announcements in the area of policing and argues that the party needs to address its position on PCCs. Max argues that the smart money is on PCCs remaining in place – should Labour seek to scrap PCCs, they would need to make it their first priority in office and pass emergency legislation in Parliament.

About 9 hours ago · reply · retweet · favourite

This morning Warwick Lightfoot, Head of Economics and Social Policy, spoke to @NickFerrariLBC on @LBC about the Chancellor’s statement Watch the interview here 👇 m.youtube.com/watch?feature=…

RT @DomWalsh13 Germany has won plaudits for its handling of Coronavirus - what can the UK learn from them? Tune in to @Policy_Exchange Friday am - we have German Federal Health Minister @jensspahn in conversation with ex Health Secretary @Jeremy_Hunt and @CitySamuel policyexchange.org.uk/pxevent…